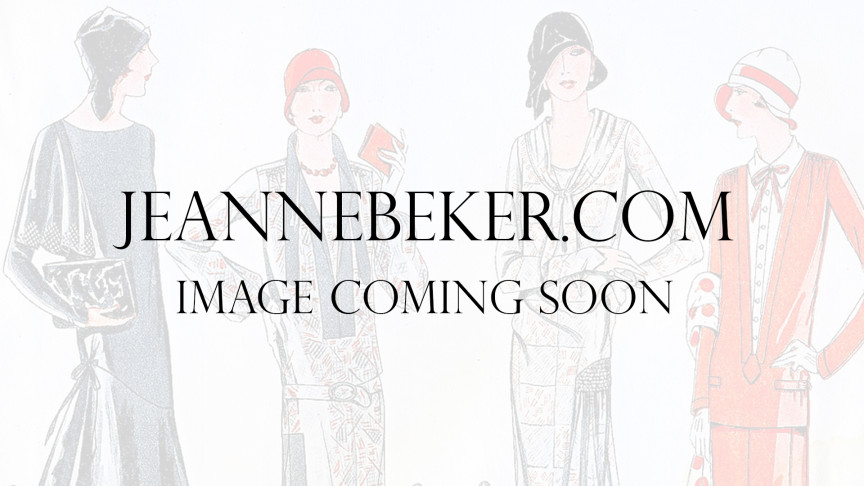 Say the word “luxury” in high fashion circles and images of couture fantasies and opulent settings pop to mind. I’ve seen my fair share over these past 27 years covering the sumptuous scene—being feted at palatial chateaux, dazzled by lavish runway spectacles, entertained at decadent soirees, and mesmerized by masters making their magic in the privacy of their personal ateliers. There have been—still are—countless moments when I felt like pinching myself to see if it was all a dream. And never for one second have I taken any of it for granted. For those who fantasize about becoming stowaways in my baggage so that they might be able to tag along, let me assure you: It took years of struggling that got me to those high places, and the dues paying continues still. But that’s another story. Besides all the divine eye candy and soul-soaring inspiration I’ve gleaned from my haute fashion adventures, the most valuable lesson I’ve learned has to do with the true meaning of luxury. As I recount my top five “luxury” fashion moments, I’ll tell you what each of them taught me about what’s at the heart of a luxurious style experience.

5: THE FEELING OF AN OASIS IN THE MIDDLE OF A DESERT:

In 1991, just after the failed Soviet coup d’état, my Fashion Television crew and I travelled to Moscow to explore that country’s fashion scene. It was light years from the thriving luxury market that exists in that city today, with it countless designer boutiques and deep-pocketed fashionistas. In those days, despite the creativity and craftsmanship inherent in the precious few Moscow designers we met, the shelves in the shops were bare. Some designers were being forced to use old drapery or even bed sheets, since fabrics were so scarce. But despite the impoverished conditions around us, one designer, Slava Zaitsev, was thriving. As Russia’s most celebrated couturier, Zaitsev was a favourite of Raisa Gorbachev. “I would never be an artist of the court, or a slave,” he insisted when I questioned him about his political connections. When I asked him if he thought fashion might be a bit frivolous in a land where eating was becoming a growing concern, he responded that fashion was good for the soul, the outward affirmation of an individual’s freedom of expression. After interviewing Zaitsev as his humble apartment on the old Arbat street, he took us to a beautiful little theatre, where he staged a full-blown runway show, complete with gorgeous models (most of whom were trained ballet dancers) and some of the most stylish and dazzling outfits imaginable. I was stunned that this entire production had been orchestrated exclusively for us—my producer, my cameraman, and myself were the only ones in attendance! It had the feel of a command performance, and was obviously a deliberate attempt to show “the world” what a Russian designer was capable of—especially one with the right connections.

Chanel’s Karl Lagerfeld is a wizard when it comes to theatrics, and never fails to pull out all the stops when he masterminds his presentations. This past May, for his Chanel resort 2013 collection, he wowed us with his revolutionary take on Baroque pop, staging his show in the gardens of Versailles. Guests sat under small festooned tents, transfixed by the opulent playfulness of Lagerfeld’s “Marie Antoinette-gone-punk” models, as they cruised around the grand fountains in the legendary garden, wearing chunky bold metallic footwear, jewel-encrusted accessories, and pastel wigs. Afterward, in a swish conservatory on the grounds, the champagne flowed as Kaiser Karl and his Chanel devotees munched on canapés and rocked to the beat of Lagerfeld’s muse-of-the-moment, British model/drummer Alice Dellal. The attention to detail, as with every Chanel event, was painstaking. As the designer put it, “It’s my job. In the world today, one has to project an image of joy, of fashion, and fertility. The world isn’t that funny for the moment. We have to give people an “up”,” said Lagerfeld.

3: HAVING A MIND-BOGGLING BODY OF WORK:

Two weeks after announcing his retirement, in January of 2002, the great Yves St. Laurent threw open his rich archives and staged a 40-year retrospective. It was the hottest ticket in Paris, as 2,000 ardent fans were treated to one the grandest and most definitive fashion displays on the planet. The master’s last runway presentation attracted some of the most important designers on the planet, including Oscar de la Renta, Vivienne Westwood, Jean Paul Gaultier, Yohji Yamamoto, Kenzo, Paul Smith, Elbar Albez, and the retired Hubert de Givenchy. I was jarred by the contrast between the modern design of the industrial Pompidou Centre, where the retrospective was staged and the romantic, old world splendour of Paris’ Intercontinental Hotel ballroom, where YSL had held so many of his previous shows. The moment the first models came down the runway sporting circa 1962 navy pea jackets + wide, white pants, walking to the beat of The Stones’ I Can’t Get No Satisfaction, we were all transported to the time when we first fell in love with fashion. For the next hour, YSL reminded us of the cupid’s role he’d played in our style-conscious lives. Legendary models like Jerry Hall, Claudia Schiffer, and Naomi Campbell boldly strutted myriad looks from the designer’s eclectic repertoire, culminating with a grand finale of YSL’s signature “le smoking” tuxes—a hot evening wear trend to this day. At the end of the show, Catherine Deneuve, the designer’s first ready-to-wear customer, and his friend and muse since 1966 when he created her wardrobe for “Belle de Jour”, took the stage and sang “Ma Plus Belle Histoire d’Amour, C’est Vous” as St. Laurent stoically marched down the runway for the last time. We tears welling up in our eyes, we rose to our feet, applauded wildly, and bid adieu to an era.

2: HAVING THE LOVE AND RESPECT OF OTHERS:

In July of 2007, on the occasion of his 45th year in the business, 75-year-old Valentino Garavani hosted a 3-day extravaganza in Rome, inviting the movers and shakers of the international fashion scene and a galaxy of stars to join him. First on the agenda was a retrospective at the Ara Pacis museum. Covering the red carpet was a fantasy for me, with such luminaries as Uma Thurman, Sarah Jessica Parker, Anne Hathaway, Claire Danes, Jennifer Hudson, Eva Mendes, Elle Macpherson, Princess Caroline of Monaco, Princess Marie-Chantal of Greece and designers like Karl Lagerfeld, Tom Ford, Diane con Furstenberg, Carolina Herrera, and Zac Posen all there to sing Valentino praises. After the opening, Valentino and his business partner Giancarlo Giametti hosted an exclusive outdoor dinner party at the historic Temple of Venus, on a mammoth terrazzo facing the Colosseum, The even was staged by Dante Ferretti, who created sets for the likes of Fellini. 800 guests dined on a sumptuous buffet dinner and the champagne flowed. Just past midnight, an aerial dance show began. To the strains of opera, artists clad in flowing red Valentino gowns sailed through the night sky. The performance culminated in a seemingly endless display of fireworks. The next night, there was a sit-down dinner for one thousand at the Parco dei Daini of the Villa Borghese, a masterpiece of Italian garden architecture. Legends from Joan Collins to Mick Jagger were in attendance, but I got a special thrill from meeting one of my old childhood idols, Gina Lollabrigida. It was, quite possibly, the party of the century.

Spending quality time with some of the legendary designers I’ve met over the years has been my work’s most luxurious gift. The memories of personal conversations I’ve had with these visionaries, and the way they’ve inspired me with their relentless passion and unique perspectives has provided me with incomparable joy. While it’s hard to choose just one of these precious encounters, I’d have to say it was the dinner conversation I shared with the late Alexander McQueen in San Francisco in May of 2006 that I cherish the most. McQueen had been invited to the Academy of Art University to receive an honourary doctorate, and the school, knowing that he and I had a good relationship, invited me to fly out for the celebration. We had a great interview that afternoon in his hotel room, in which he talked about how he’d turned over a new leave, abandoning his reckless, bad boy image and embracing a more spiritual philosophy of growth and compassion. That night, at his behest, we were seated next to each other at a big dinner at the ritzy Postrio restaurant. For the duration of the meal, we had the most intimate dialogue—sharing hopes and dreams, fears and insecurities. We discovered our birthdays were just two days apart, and decided we were kindred spirits. I was touched by McQueen’s sensitivity—his profound insights, and ultimate vulnerability. Our time together flew, but what he left me with will last a lifetime. Beyond the bling and the beautiful people, the sensational spectacles and exotic locales, this is the aspect of the luxurious life in fashion that I’ve come to savour above all else.