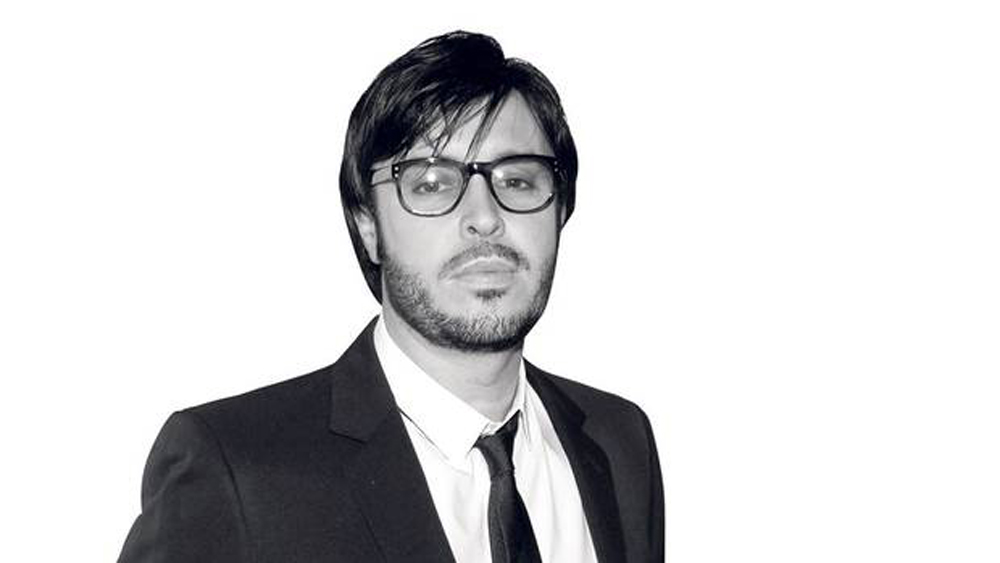 It’s hard to imagine that what started as a humble collection of 12 lipsticks could translate into a private Polynesian island, but that’s what happened for François Nars. Famous for being the makeup man who helped give Madonna her signature ultra glam look, Nars, who was born in the south of France, moved to New York in the mid 1980s to pursue his high-fashion dreams.

Before long, he was working with major photographers like Irving Penn, Richard Avedon, Patrick Demarchelier and Steven Meisel for major magazines, painting the faces of every supermodel of the era. His marketing vision took off in 1994 with a small collection of lipsticks sold at Barney’s.

In 1996, Nars demonstrated his photography talent by shooting the brand’s first ad campaign. Four years later, Shiseido bought the Nars brand and today Nars is at the creative helm of a company that puts out 400 different products – many with outrageous names like Orgasm, Striptease, Deep Throat and Sex Machine (clues that Nars is as playful as he is artistic).

Author of the how-to manual Makeup Your Mind, Nars also has a well-received photography book, X-Ray, under his belt. (He’s currently working on a second, inspired by his beloved Tahiti, where he bought a private island shortly after signing the deal with Shiseido.)

I recently caught up with Nars at his new flagship boutique – his first – on Bleecker Street in New York. He had just finished working with Marc Jacobs on his fall show – the first runway collaboration for the makeup maestro in many years. We talked about drive, passion, transcending trends and the pleasure of playing with makeup.

JEANNE BEKER: There’s so much that you’re involved in. Why did you choose makeup specifically as an expression of your artistry?

FRANÇOIS NARS: It became a passion very naturally, probably from looking at my mother’s old fashion magazines back when I was about nine years old. She use to read and buy French Vogue back in the seventies when it was one of the most fabulous magazines at the time … I really became fascinated with the way models looked at the time. I loved the sense of colour, the transformation … I was really fascinated by the whole fashion world. It seemed to me like some kind of paradise that I wanted to get into. So I picked makeup. I could have picked photography but I went for makeup because I really felt like I could be good at it.

JB: You seem to have always understood how to market yourself. Are you naturally business-minded?

FN: I always had a vision about beauty in general, so probably that’s what really drove me into that direction of creating a makeup brand. Was I a businessman to start with? I’m not sure. I mean, that comes slowly, when you start having the products out. But at the same time, I was very determined. I knew that I had to make it work. I had no choice.

JB: We’re seeing a return to the seventies in terms of fashion trends this season. What about makeup?

FN: I’m always scared of trends. The runways are always so trend-oriented, but I always feel for the women. The real women that buy cosmetics want to see the trends but they don’t necessarily go for them. And I always encourage women to find what looks best on them. Keep an eye on the runways, keep an eye of course on the magazines and all that, but at the same time don’t follow any trends because they are simply trends and they’re not necessarily good for you. Women have to find their own personality, their own style and what suits them the best.

JB: Do you encourage women to experiment with different looks?

FN: I always say makeup is fun. Maybe even more fun than a haircut, because when your hair is cut, you have to deal with it for a few months. Makeup always pushes you to experiment, to play with it, try different colours. If you don’t like it, you take it off in five minutes … two seconds, actually, with a good makeup remover! That’s why makeup is so great. Some looks work and some won’t. But you can just play with it … the same way that you used to play with your mother’s makeup. It’s a fun accessory. Women shouldn’t be so afraid of it. I mean, it’s only powder and pigment. You can take it off if it doesn’t work. Women have an inner sense when they look at themselves in the mirror. They know if it works or doesn’t work. You know: I look good or I don’t look good. Makeup to me is as simple as that.

JB: What is ultimately beautiful to you when it comes to a face?

FN: Inner beauty. It’s always hard to work with somebody that I don’t feel [even a]slight connection to. I think the inside counts a lot. It translates on the face no matter what. That’s what really connects me. Those are the people that I think are beautiful – the people that have great personalities and great character.