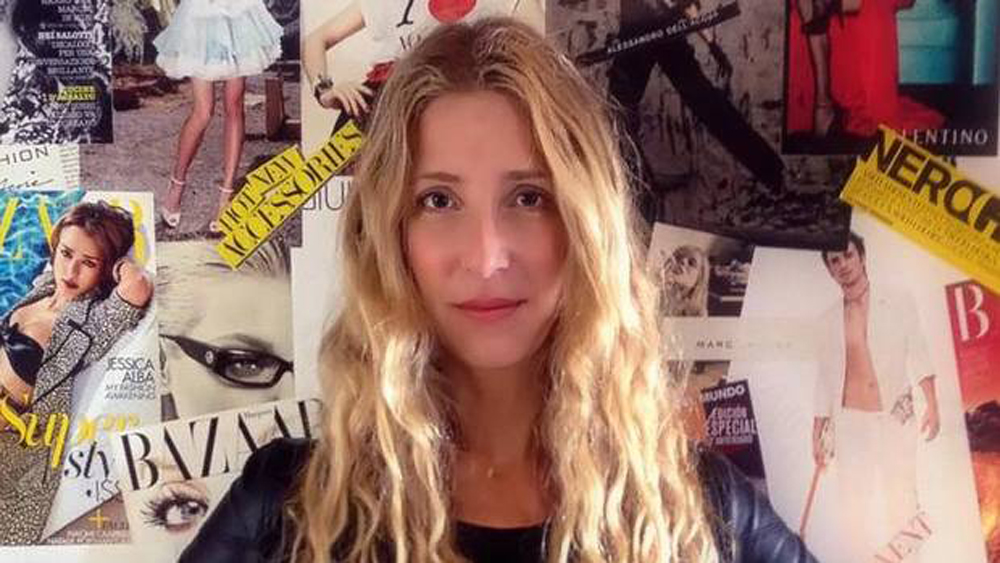 As red carpets roll out in Toronto and conversations centre around the art of film, it’s the art of dress that has stylish tongues wagging and stars clamouring to make their mark. Enter the stylists – those sartorial wizards who transform mere starlets into cinematic sirens. Hayley Atkin is an L.A.-based, Toronto native who’s dressed a bevy of Hollywood luminaries since she moved stateside in 2006 to work as Lori Goldstein’s assistant. Goldstein, one of the world’s most sought-after stylists, responsible for such iconic imagery as the 1991 Vanity Fair cover which featured a very pregnant and naked Demi Moore, taught Atkin to see clothing as an art form. But fashion had been familiar turf to Atkin from the get go. (While she trained and performed professionally as a ballerina, she was raised by parents who had their feet firmly planted in the rag trade: Her father, Jack Atkin, was once the manufacturer for Canadian designer Wayne Clark, among others. And her mother, Barbara Atkin, is the revered fashion director of Holt Renfrew.)

I first met Hayley Atkin in 2003, as we were launching FQ Magazine. I offered her a job as an intern and she quickly rose through the ranks to become a fashion editor at our publication. Three years later, Atkin heard Goldstein was looking for an assistant and asked me to write her a letter of recommendation. Happily, she got the coveted gig, and after two years in New York, learning from the master, she landed in Los Angeles, taking the reigns as fashion editor of the LA Times Magazine. That job enabled Atkin to work with la crème de la crème of Hollywood stars and photographers and when the publication shut down a couple of years later, she went into business for herself. While she focuses on young actresses who are real up and comers, she also has a small galaxy of major stars to her styling credit, from Sandra Bullock and Kirsten Dunst to Katy Perry and Sally Field, whom she dressed in a memorable red Valentino for Field’s Lincoln Oscar win in 2012. I spoke with Atkin about the essence of red-carpet dressing, getting over divas, and what it really takes to make the right statement.

How tough is it to collaborate with a star on something as sensitive as their image?

It’s very sensitive. It’s a real collaboration – not just with the celebrity or the actress you’re dressing but with the designer who’s dressing her. It’s a delicate balance because the celebrity has a brand and what they wear communicates a lot about who they are. In some cases, it can help them get new roles. And then there’s the brand that’s loaning the clothing – for them, it’s like an ad campaign. They are heavily involved in which dress is worn and even how the star’s hair and makeup should be.

Insiders have intimated that these brands often pay big bucks to have celebrities sport these looks on the red carpet because, as you say, it is such a big billboard for their wares. Is that something that’s increasingly common?

I think it happens sometimes but in my experience it doesn’t happen very often. It’s more that the two are benefiting from each other so much. You know, the celebrity gets a lot of press when they wear a big designer and it really launches their career in a way that is priceless. So it helps both the designer and the celebrity. There are a few occasions when a celebrity is paid to wear clothing, but I think that happens a lot more with events they’re attending, like a fashion show or something like that. A lot of it is really about collaboration.

What do you think turns heads on a red carpet today?

I believe in taking a risk and wearing something that isn’t your typical, colourful red-carpet gown. A lot of celebrities are afraid of that, because God forbid you should end up on the worst-dressed list! But it happens. So when you wear some incredible Balenciaga piece, the fashion world will look at it and say, “This person looks amazing!” But oftentimes, the fashion police will put you on the worst-dressed list.

Do you feel responsible when a celebrity you’ve dressed gets dissed?

It can be pretty terrifying. I have a hard time with it. The next day, I start going through all of the blogs and the press, looking through all of the good reviews and all of the bad reviews, and holding my breath. You always sort of feel bad when you see a bad review, but you just have to let it go, because not everybody is going to like every look.// At the end of the day, sometimes any press is good press. If you’ve stayed true to what the actress wanted and what her brand is all about and you’ve reflected her well, who cares? People just like to talk.

Besides having a great eye, what does it take to be a stylist to the stars?

It’s also about building relationships and communicating with the celebrity that you are dealing with. It’s almost like a study of brand and marketing – looking at what kind of roles they’re going after and who they want to be and how they want to show the world what they are. It’s understanding that and being able to take them to that next level. And you also have to be a psychic. Also, there’s so much competition out there, you really have to just fight for what you want or else they walk all over you.

When I first met you, you were a ballerina. What made you want to get into the fashion fray?

Well, it was that chance opportunity of meeting you at a café one day, and hearing that you were starting a fashion magazine, and that maybe I could intern there … It just like clicked and I thought, “How exciting! All that my parents put in my head, I’ll actually be able to do ….” And then, I really ended up enjoying it.

Funny, because there you were coming from the high arts world, and suddenly you were in a commercial arena rife with compromise and commercial interests. It’s interesting that you were able to walk that line and maintain integrity as a creative person but still learn how to play the game.

I think that was the best part of it, because ballet taught me how to work hard and now, in this styling business, I work even harder. I mean it’s really a hustle every single day. And I think a lot of people look at it as a glamorous job, but it’s the opposite. There is so much grind and shopping and fighting for dresses and just trying to get the right shoes and jewellery at the last minute. I think that ballet really taught me to just push through it and never take no for and answer and just do it. But there’s also a lot of artistic freedom in what I do now, which is really great. I’m working with a really big designer now, to dress a certain celebrity, and it’s amazing how much creative freedom they give me to work with them on designing the dress for her, which is really an amazing process, because they know that I know her body so well that I know what will look good on her.

Any secrets to working with a real diva? I’m sure you’ve come across a few.

I think that one of the best things I ever did was move to L.A., because L.A. taught me that there is a life outside of work. I met my husband there and we have a house with a backyard and this wonderful life where we go to the beach and hike – it keeps me balanced. So if I have to deal with divas, I remember that my whole life is not about this person. I can just let it go.

After all the hustle, what’s the big prize at the end of the rainbow?

It’s all about that moment on the red carpet, when you see how gorgeous your client looks and how happy she is and all the attention she’s getting. And then watching her career change because of that moment. That really is the most rewarding thing.