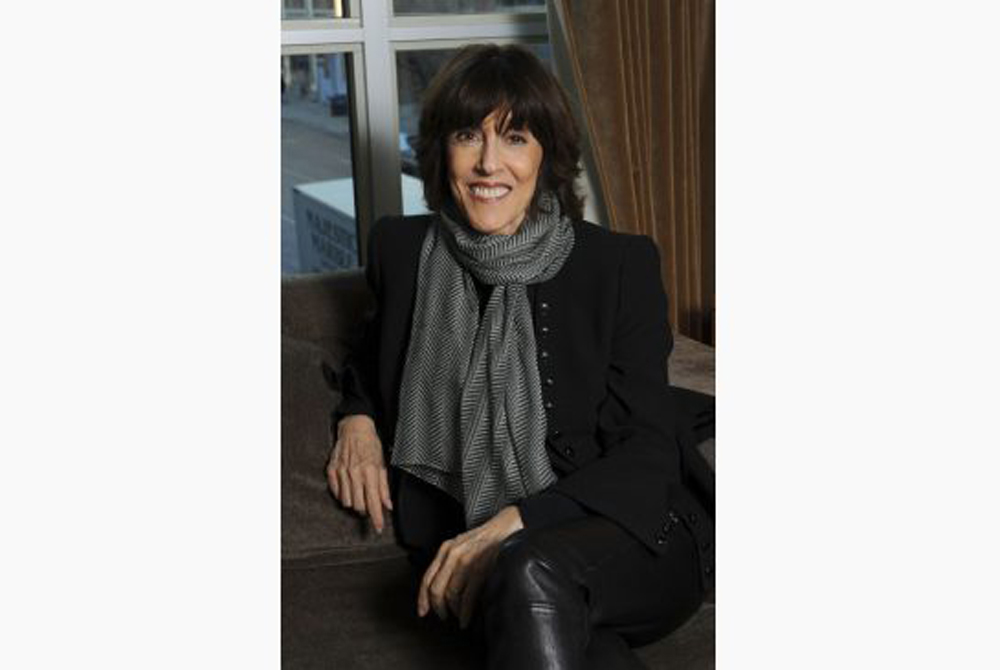 In the fall of 2010, I had the privilege of appearing in a show at Toronto’s Panasonic Theatre, penned by the Ephron sisters, Nora and Delia, entitled “Love, Loss, and What I Wore”. It was a compilation of monologues about the sentimental attachments we have to certain pieces of clothing, and how we often see others, and define ourselves, through a quirky sartorial lens that can be as poignant as it is pretentious. One of the best things about doing this show was that I got to meet Nora Ephron on two occasions, once in New York, and once here, in Toronto. I’d always been impressed by her hilarious body of work, but meeting the comic genius—whom some had described as a “female Woody Allen”—proved to be especially joyful. We immediately connected, and I was charmed by both her profound style savvy and endearing, self-deprecating manner. When we caught up in Toronto, Ephron had just come out with a book called “I Remember Nothing”, about the mental ravages of aging. The book concluded with two humourous and touching lists—one of things Ephron said she’d miss when she finally went, and one of things she wouldn’t. It’s unlikely she knew then that she’d be gone only 18 months later, at the age of 71. But her offbeat, slightly morbid humour led us to some philosophical meanderings that day about the joys of indulging in frozen custard, and the importance of not putting things off. Here’s an excerpt from our Toronto conversation:

You have such a twisted, funny take on things that no matter how panicky we get, you’re always able to make us laugh at ourselves. This new book you’ve written seems to say that “I’m over the hill, and my mind has stopped functioning…” Is that really what’s happening?

Well no, but I think that’s the next stage. One of the earlier stages I wrote about was “I Feel Bad About My Neck”. That’s a real moment for you when you’re getting older. Your neck is the thing that you cannot hide. Your neck is a always a giveaway. I wrote that book five years ago, and I’m kind of nostalgic about that because the truth is, things don’t get better after that. You think “Oh, my neck, my neck! Too bad about my neck!” And then of course your elbows go, along with all sorts of other exciting parts of you. And then, you sit down to write a memoir and you realize that you have forgotten a great deal of your life, and that what you remember is so hilariously trivial, you can’t believe it. It’s like what happened with me and Salvador Dali, the famous painter. I was assigned to write a piece about him when I was a newspaper reporter, and he was doing a weird event where he took a few reporters down into the New York city sewer. At that time I was making about $98 a week, and I had about three pairs of shoes. And one of them was ruined on this little trip with Salvador Dali! And that’s all I remember about the entire event: My shoes. My fabulous, fabulous shoes… ruined! Of course the newspaper would not pay for them. And they were really expensive! They cost about $65.

Well it’s always about the shoes if you ask me! That resonates with me. What does get better with age though? I mean, if the body goes and the mind goes, what’s left?

What gets better with age? Well, wine probably gets better with age. But even wine at a certain point can get too old, as you know if you’ve ever drunk really old wine. Here’s the thing about getting older: You really don’t have to wash your hair as much. That’s one thing that’s definitely better when you’re older, because washing your hair is so dreary that it’s kind of the secret upside of death, that you don’t have to do it anymore. But it’s hard to think of a whole lot that is really better, which is one reason why, if you’re going to be realistic about getting older, it’s important to know that you may not have forever to go to Barcelona or wherever you are dying to go. So go there now! While you can still walk two or three miles without being put into traction.

Oh, you have such a dark view!

I don’t mean to be grim. I’m not being dark, I’m being realistic. And I’m saying “Seize the day!” Because it’s not like turning 30 or 40 where you can go, “Oh, I’m so old, I’m so old!” You are old! There’s less to go than there was before, and if you know that, and if you know the things that are really sweet and really fabulous in your life, then you should do as many of them as you can.

Okay. I am going to buy that apartment in Paris! You’re right. We do put off a lot of stuff. How much of a joy is it for you to put stuff out there that resonates with others, or do you just do it for your own selfish purposes because you want to get it out there?

Well you hope it’s going to resonate with others. That doesn’t mean it’s necessarily going to. I mean, it’s entirely possible people will read it and go “Feh! Who thinks that?” But that’s what you’re trying to do when you write an essay. You hope that people will read it and say “Oh, that’s how I feel too.” That’s the fun, when that happens.

Do you care about what the critics say?