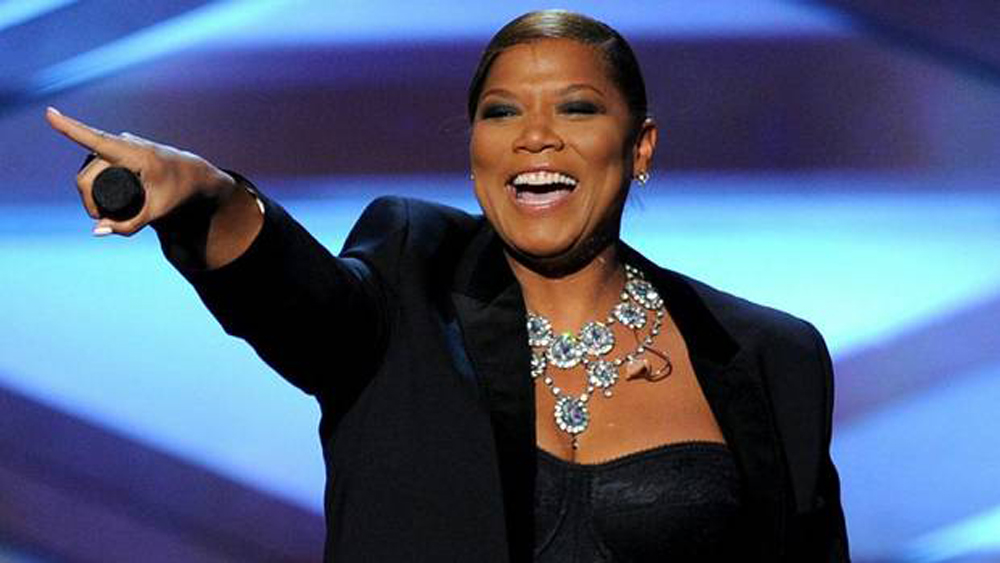 Artistry and entrepreneurship don’t often go hand in hand, but Queen Latifah has not only managed to cultivate a multitude of talents and also create a stylish personal brand for herself that she’s now marketing with great aplomb.

Born in Chicago 40 years ago, Dana Elaine Owens was raised in Newark, the daughter of a school teacher and a police officer. Her cousin gave her the “Latifah” moniker – an Arabic word that means “delicate” and “very kind” – when she was just 8. Latifah began “beatboxing” (a form of vocal percussion) when she was 18 and released her first album a year later. In 1992, her older brother was killed in a motorcycle accident, riding a bike she’d recently bought him. The tragedy triggered a bout with depression and drug abuse – something she openly talked about in her 1999 autobiography, Ladies First: Revelations of a Strong Woman.

The rap star made her acting debut in the early-’90s sitcom Living Single and went on to garner an Oscar nomination for her turn as Matron “Mama” Morton in 2002’s Chicago. She then made her mark in many other films, including Hairspray, Bringing Down the House and The Secret Life of Bees. She produced the 2007 film The Perfect Holiday and won a Golden Globe the same year for her role in the TV movie Life Support.

A spokeswoman for CoverGirl, she recently launched her Queen Collection line of cosmetics for women of colour under the umbrella of the mega-brand. And like a true superstar, she also has her own fragrance called Queen. I caught up with the dynamo at Toronto’s recent P&G Awards to talk about image, style and self-confidence.

JEANNE BEKER: I don’t know if you feel the love. But I told a few people that I was going to talk to you … and it was like, “Oh, I can’t believe you’re interviewing her! How fabulous, she’s so brilliant, she’s so great!” Are you conscious that you’ve got this mass appeal?

QUEEN LATIFAH: I am kind of conscious of it. People are generally pretty nice to me. I’m nice to people. I think it helps.

JB: Image in this business is so all-important. How close to the public’s perception of you are you really, deep down inside? Is it pretty much what they see is what they get?

QL: I’m not really quite sure. To say “the public,” that means to paint everybody with a broad brush. So it’s hard to do that. Nobody in “the public” really knows who I am because they don’t know me personally, but I think what I’ve shared with them, what you kind of see is definitely me sharing as much of me as I can with the public. The rest I don’t really think you ever really know because y’all don’t really know me personally. But it changes with whatever report is out. Still, I can’t really be worried about that. What I care about is, “Did I do my best on this film? Did I do my best at this music? Did I do my best at business this particular way? Have I tried my best?” So that’s the only thing I can really go on. And then they have to decide for themselves what they feel is real and what’s not. The few times that I have read people’s comments about me, it’s been mostly positive. Some people just need to have a voice and they need to express it whichever way they want, so I don’t knock anybody. But I think overall, the public has been fairly kind to me. I’ve seen people go through a lot worse.

JB: Fashion can really empower people. Do you find your soul in your closet at all? Does fashion really help you go through your paces?

QL: Sometimes, yeah. When I was younger, I was much more concerned about what I was wearing and how I looked. But I’m not a materialistic person, overall. So, things don’t have to be expensive to make me happy. It could be a very simple thing. It could be a bracelet, it could be a really comfortable shirt … I have my creature-comfort sort of things that I like. Or it could be something extremely fabulous. But I feel it’s the person who makes the clothes, the clothes don’t make the person. To me, it’s about when I do put something amazing on that I carry myself with confidence. Even if it’s tight and it’s fitting a little funny, hey, I’m gonna wear it like it’s the baddest thing on earth!

JB: Because you’re such an actress!

JB: Feeling comfortable in your own skin seems like second nature to you. Was it always that easy? Did you always feel good about who you were?

QL: Well I got a lot of room in my skin, so I left myself a little space to stretch a little bit! See, I didn’t get that tight skin, I got it like loose … no I’m just playin’. It’s been easy at times and at times it’s been extremely difficult. I think I’m like any other girl. I’ve gone through my periods of insecurity and suffered from low self-esteem at different points in my life. But, to me, self-esteem and self love is not something that’s guaranteed: It’s something you have to maintain. Even when you go through that awkward teenage stage where you’re just not sure about a lot of things and you make it to a place where you’re feeling more secure, more confident … there’s nothing that says that you’re always going to feel that way. And so to me it’s like a constant, you have to constantly maintain that feeling, that identity with yourself. And when you’re not feeling so great you’ve got to be able to admit that. Nobody has a great day every day. It’s just impossible. And if you do, introduce me to that person. I want to know what their secret is! I just know when I don’t feel so good I try to do things to motivate myself to a more positive place and that seems to work for me.

JB: Do you feel that your sense of personal style has improved with age? Do you feel as though the older you get, the better you know what to wear and how to strut it?

QL: I definitely think so. When I started, it was a very colourful time and in hip hop, people were wearing all kinds of stuff. I look at some of the old pictures and I crack up. But at the time I felt like I should dress that way for a certain reason and I felt good about it. I’ve had the great fortune of developing my sense of style through the years, but I think it’s pretty much been sort of the same. I’ve just gotten better at it and I’ve gotten to work with better people and better photographers and better magazines CoverGirl, and so on. I’ve grown up. So I know what I like and what I don’t like. But I still think I’m ultimately that comfortable chic girl with just a touch of avant-garde rocker in her.

JB: Do you ever feel daunted by all the attention? You’re so focused upon when you come down a red carpet. Does it ever get to you, or do you enjoy it?

QL: No, I have a way of combating that. When I get an amazing outfit to wear on the red carpet, I purposely wear a pair of beat-up sneakers and some sweatpants and a jacked-up T-shirt, with gym hair [the next day] just to keep everything balanced, just so y’all don’t think I’m not a human being, you know what I mean? That’s my fair and balanced report.

QL: That’s right. I keep the head in check. Don’t let it get too big!