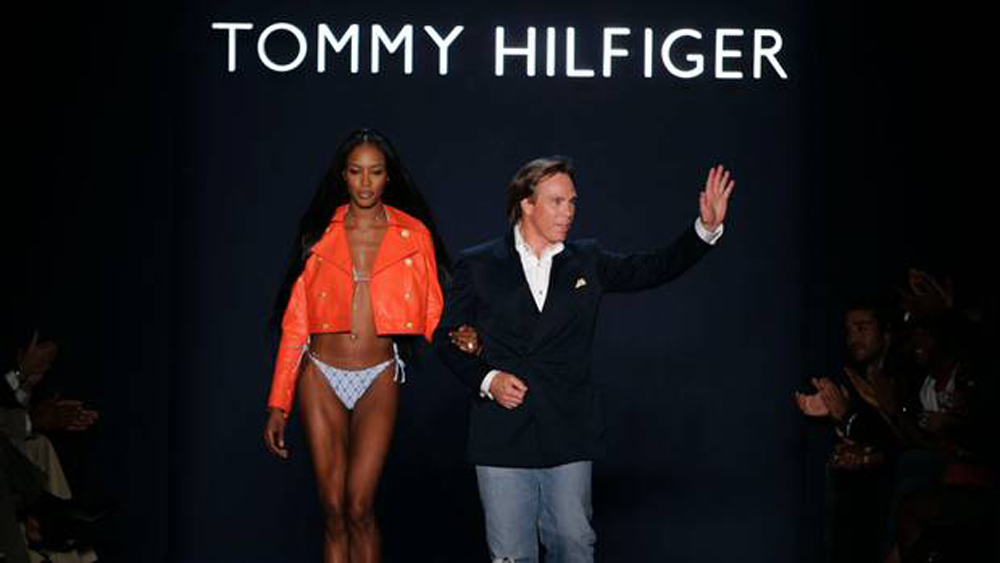 Back in the mid 1980s, I went to New York to profile an ambitious young entrepreneur with a funny-sounding last name. Tommy Hilfiger, who had just launched a provocative ad campaign implying that the then-unknown upstart was one of America’s greatest men’s wear designers, had chutzpah to spare. Although his audacity was a little off-putting, I came away impressed, even if I was dubious about whether he’d go on to conquer the world. Over 25 years and 1,000 stores later, Hilfiger has proved to be the real deal. Earlier this year, he sold his company to Phillips-Van Heusen for approximately $3-billion, but remains at the creative helm. To mark the brand’s silver anniversary, he collaborated with Assouline to create a new limited-edition megabook chronicling his life and times. I met up with Hilfiger again recently to talk about that project, fashion, the Canadian connection to his success and the value of having a gaggle of young critics at home.

Jeanne Beker: You were so audacious when I first interviewed you in the 1980s. I remember asking you, in the light of that outrageous ad campaign, if you actually thought you were going to be a household name, on par with Ralph Lauren or Calvin Klein. And you nodded your head and said, “In time, yes.”

Tommy Hilfiger: I thought that if I persevered, worked hard, came out with wearable, affordable designer clothes, I would be able to succeed. And when the ad campaign ran, it was like, “Uh oh, what did I do?” There was a lot of criticism, and it was the only time I had ever considered leaving the business. But then I thought, what am I going to do? I love this business!

JB: You have a strong creative vision, but you’re a really good businessman, too. Which side have you enjoyed most?

TH: When I was 18, I started my store with $150 and 20 pairs of jeans and I thought, okay, this is cool, this is fun. A few years later, I went bankrupt because I didn’t know how to run the business. That was such a wakeup call for me. I decided then, which was in the seventies, that I should really focus on learning about the business. I was fortunate enough to find business partners who did an amazing job watching it: Silas Chou, Lawrence Stroll, Joel Horowitz. Lawrence Stroll is probably one of the smartest business guys I’ve ever met … he taught us how to think big.

JB: And he’s a Canadian.

TH: I used to go to Montreal for meetings quite a bit, and I remember sitting in Lawrence’s home in Westmount when he said, “Look, this has to be big or I don’t want to be involved.” And I said, “Well, how do we make it big, Lawrence?” So he said, “We build shops in department stores and we build them in the right locations and we put a lot of investment into it and make them happen.” So he went with me to all the major department stores in the world … and walked up to the CEO or chairman and say, “We want that space right off the escalator.”

JB: You have always seemed to have this fearlessness about you. Is there anything about this monster you’ve created that scares you sometimes?

TH: The financial aspect always frightens me because it harkens back to my memory of going bankrupt. Still, I always thought that if we make clothes that people really want to wear and can really afford, we would overcome any of those difficulties.

JB: You have seven kids in all now, including a new baby, born about a year ago. Tell me what your kids do for you.

TH: My kids inspire me. One is a musician, one is a stylist, one is a tennis player, a couple others are still in school. But they’re always saying, “Dad, why do you have that jacket in your line – nobody would ever wear that!” or “I’m going to H&M. They’ve got great stuff.” And I’m like, “What?! Why don’t you just go to my store?” “No, no, no, I’m tired of it,” they say. They’ll also pick something up from a vintage shop and bring it home and show it to me and I’ll say “Oh, that’s pretty cool.”

JB: The Assouline book is a scrapbook, not just of your life and your brand but of our times. There’s one picture of you, circa 1969, wearing your dad’s reindeer sweater, with your shaggy hair.

TH: I wanted to be a rock star, but I was really tone deaf. Because I looked like one, though, all my friends wanted to look like me, so they’d say, “Where did you get those jeans? Where did you get that shirt?” That’s when I decided to take the meagre $150 I had saved form working in a gas station and open a shop with 20 pairs of jeans.

JB: If you could talk to that kid now, what would you tell him?

TH: Stay focused, stay on course, never burn bridges, believe in yourself. There have been times when I have doubted myself and thought that maybe I should be more modern in my design or do what the Europeans are doing and it’s failed every time. When I do what is really true to me, I’m successful.