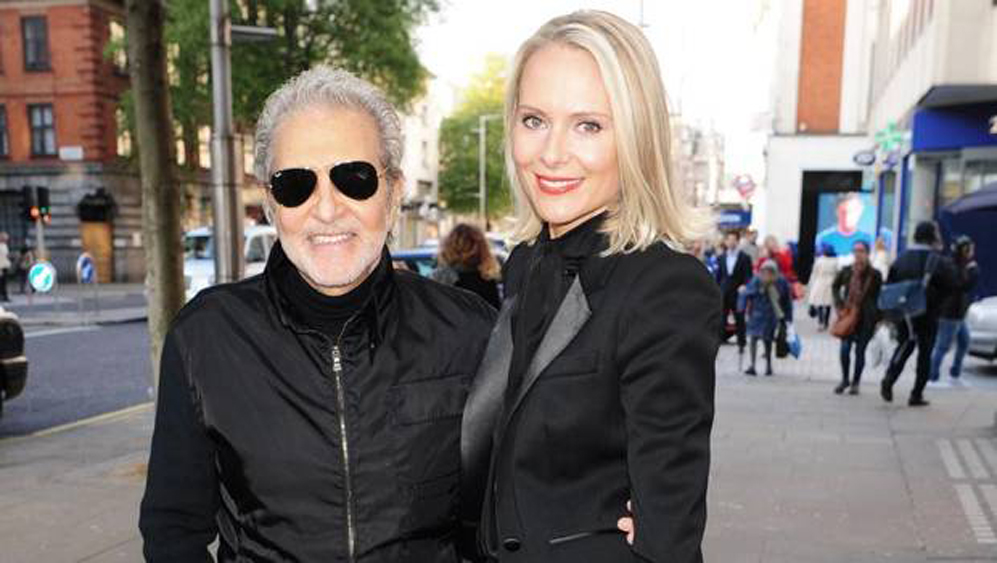 “I never met a man in my life who has as much guts as he does!”

The beautiful Louise Camuto – 1989’s Miss Sweden and a Miss Universe first runner-up – is singing the praises of her husband, Vince. He’s sitting across from his adoring wife of 15 years at a Bay Street boardroom table in Toronto and looking elegant in an impeccably tailored suit and dark glasses. The indefatigable designer, who co-founded the iconic Nine West brand in 1978 and recently turned Jessica Simpson into a billion-dollar fashion empire, is gloating. Now poised to take Canada with his eponymous brand, the New York born-and-raised Camuto, who started his career as a shoe salesman, is ambition personified and a style visionary. Camuto Group – which he founded in 2001, a couple of years after selling Nine West to Jones Apparel Group for nearly $900-million (U.S.) – continues to be a whopping success with 11 brands across 30 categories of sportswear and lifestyle products.

With his wife acting as creative director and muse, Camuto claims his finger is on the pulse of fashion desire. Giving women what they want in terms of comfort, affordability and styling has become his specialty, but his marketing savvy is an important part of the picture, too.

Earlier this month, luxury publisher Assouline released Life of Style, a mega coffee-table book that documents, among Camuto’s other luxuries, Villa Maria, a former Long Island convent that he and his wife restored over five years to create a 20,000-square-foot home. I met with Camuto just prior to his personal appearance at Hudson’s Bay to talk about his passions, brand building and how he revolutionized the shoe business.

You pride yourself in knowing what women want. How do you manage that?

I’m a good listener. Basically, I think it’s a special quality of the brand: Forget about the shoes right now – just totally listen. I think the problem in the fashion business is that a lot of designers look down at and don’t talk to – or with – women. I love fashion. I live my life with fashion, and we want to deliver something that women really want. It sounds basic and very simple but it’s difficult to interpret and really difficult to translate into fashion.

Among your many talents is having incredibly strong vision, which was clear a long time ago, when you founded Nine West. But fashion was very different then.

Back in the eighties, the men that ran the shoe business thought a shoe priced under $100 had to be moderate. So, most of the vendors were making moderate shoes because they didn’t think the consumer would understand a little fashion. But we broke that rule at Nine West and offered women a different shoe – one that was comfortable and fun but wasn’t really expensive. Now, of course, everybody is trying to go into the fashion business and so the competition is great.

What is it about the business that turns you on so much? The fashion business changes every 90 days.

There’s nothing more exciting than that. Every 90 days! I’ve always tried to be in touch with women from all over the world and really talk to them. I did a pretty good job of that and learned that if there’s a trend, women all over the world want it. If it’s motor boots, they all want motor boots. If it’s slim pants, they all want slim pants. But somehow you’ve also got to be in touch with where the trend is going, and that’s what’s really exciting.

It’s like you have to have a crystal ball.

If you do your research and listen to women – they’ll tell you.

Some people say fashion has turned into a monster because it has become such a big business. The pressures can be brutal, especially on young designers.

Yes, it’s not easy. I mean, for somebody just walking in as a designer, it is very difficult, because not only do you have to design, but you need to know how to source the product. And then you need people to take the message out there, to execute for you, to find you fabric for clothes or leathers for shoes. And the shoe business is quite complex because there’s also fit involved. I’ve watched women all over America wearing very expensive footwear and they say to me, “These shoes from,” well, I don’t want to mention the names of the designers, but we know them, “These shoes …”

Yeah, well [laughs] … The shoes are very expensive – sometimes $1,000! And the women will complain and tell me, “Look at my toe!” But we pay close attention to the way we make our shoes and really understand the comfort, the foam, the pitch, the materials. Women appreciate that. That’s why they’re buying the brand. And the business is on fire in America.

The Jessica Simpson brand is more successful than anyone dreamed and it’s one of the first celebrity brands that really took off. What made you want to invest so much in that business?

In 2004, we were looking for another brand and we just thought that Jessica Simpson was an American type of brand – you know, the girl next door. We were really lucky because we just bet on the right horse! And are you looking to cultivate more celebrity brands? No. Now we’re concentrating on our own brand, Vince Camuto. We launched the Louise et Cie brand just about a year and a half ago, and it’s doing incredibly.

What frustrates you the most about the business?

The business of fashion started to get sexy around the late nineties, when it became such big business. Was there a point where you sat back and thought that maybe you were a little bit responsible for the way things were growing in the States?

Well, in the early nineties, when we were totally responsible for Nine West, the wrong people were at the helm. I was doing the designing but you have to take it all the way through. So when I became the CEO, I walked around and looked at all the young women working for us and we ended up making them VPs and presidents. And it sounds crazy now to say it, because it’s so normal around the company now, but our partners at the time said, “Oh my god, what are you doing?!” Because they didn’t understand fashion. I remember in the early days, we would design beautiful collections and some of the shoes were incredible but they never did well. I think then that was the biggest breakthrough we had – finally understanding fashion. And then also we started to open our own stores in the eighties and we made them look very beautiful and the department stores got jealous. And they would say, “Well you guys are kind of competition…” And we said, “We can do the same thing for you!” So we started to build concept shops within stores, and that changed that changed the mix, and the line of the company.

In terms of the way we shop today, with so much of business going online, is that cutting into some of your bricks-and-mortar business?

Online cuts into it, but there are still lots of people who want to look at the products online but then go to the store. There is still a big opportunity.

Would you define yourself as fearless?

I do like to take risks, but if you’re confident in your people, it’s great to really build. And I’m a builder. A builder of people, a builder of business and a builder of seeing people and the brand grow.

And what advice would you give to young entrepreneurs who are launching their own brands or just trying to keep afloat in this treacherous economy?

I think you have to be attached to something. It’s very hard for designers to start a brand by themselves. They have got to have resources. I know people who live in England and run to Italy twice a week. They sell maybe 10,000 shoes the whole year. So it’s difficult. You just have to feel excitement. If you don’t feel excitement, I say, stay at home. If you don’t have the passion, do something else.

You obviously don’t look at it as work. For you, it’s fun.

No, I’m lucky. I think a lot of people share the same feeling, including my wife. We love what we do.

So, are you talking about business in the bedroom at night?

Basically, we like to stay up and have fun. Sometimes we talk about structure and what we can do to make it better, but it’s not relentless. We love other things. We love art. We love beauty. We love the idea of our restoration of Villa Maria. It’s all a part of a life, a long journey. It’s not just that I want to take this business and move it here or sell it there. That’s the problem with the business today. So many are consolidated and then hedge funds come in and buy them. There’s no feeling, no passion for people and, unfortunately, for the product. What they want is a bottom line. Our thing is now Canada. There are 35 million people here, so there’s got to be at least, by my guess, close to 20 million women. Imagine that!

And you’re going to capture all of them?

I would say 90 per cent. Because, if you look around, a woman needs a lot of pairs of shoes today. It’s not just one. You want to buy hundreds of pairs. Women need a flat, they need a mid-heel, they need a high heel, they need a dress sandal, they need a low boot, high boot, flat boot. So now, we have to expose ourselves to Canadian women. They really understand fashion, maybe even more than their sisters in America. So it should be great eventually.