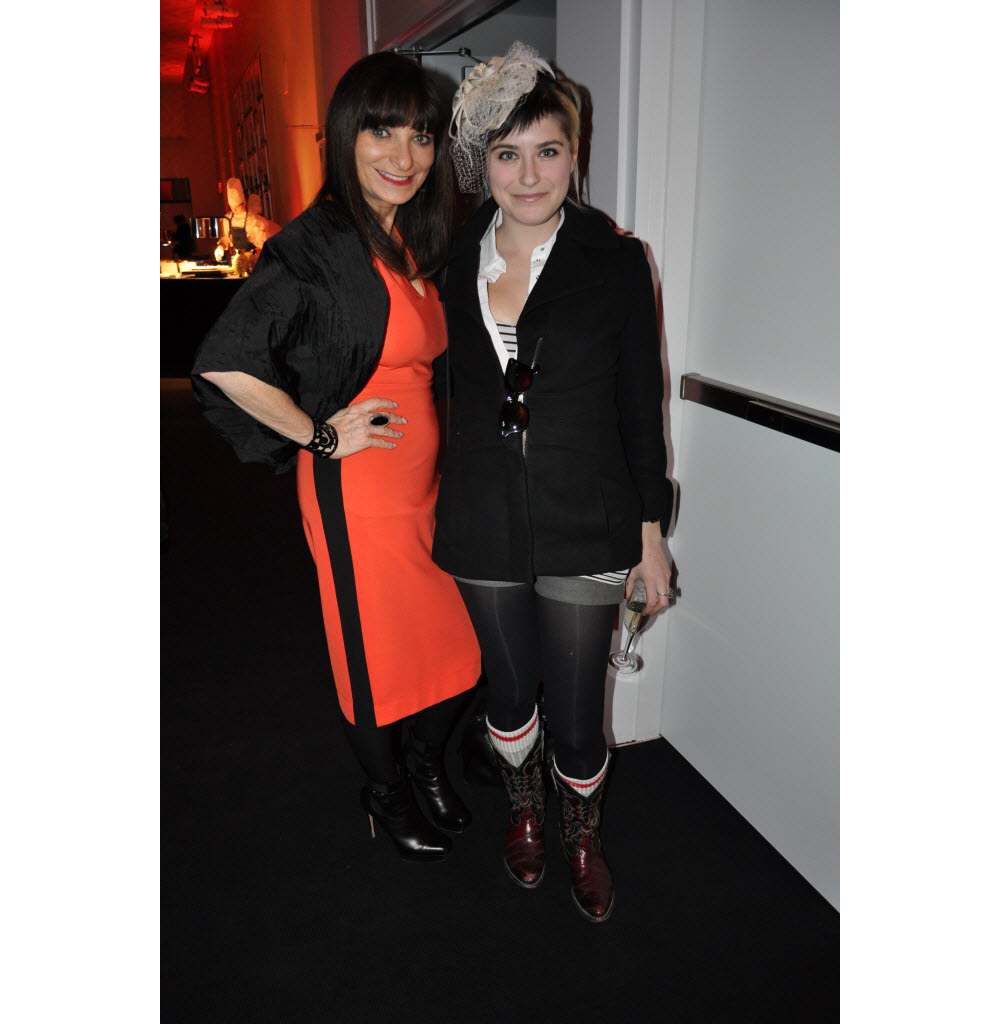 Many of us credit our mothers with teaching us the meaning of true style, but we can often learn as much about the subject from our daughters. Mine certainly help buoy my ongoing enthusiasm for fashion: Watching their sartorial self-expression as they get older is a blessing. Despite my parenting foibles and the fact that they grew up with a mom who had one foot firmly planted in the fashion world, my girls have managed to become true originals, with their own quirky senses of style, light years beyond designer labels and conventional chic.

I always glean untold style inspiration whenever I go to Paris to cover the collections. But what I took away from my recent trip to the City of Light was particularly profound, because I got to explore my favourite city with Bekky, who, at 25, has blossomed into quite the artiste. She reminded me of all the joy and wonder Paris holds—not just for those lucky enough to attend couture shows and shop Rue St. Honore—but for those seeking the true poetry in life. Bekky embraced the city with a ravenous curiosity, and reconfirmed that you don’t have to spend a lot to make great fashion statements. After all, real style isn’t about what we wear, but how we choose to wear it.

I got my first burst of elation at Charles De Gaulle Airport. Bekky had flown in from Montreal on an earlier flight, and was waiting for me. I was delighted to see her looking dramatic and playful: Atop her self-shorn coiff, she sported a very French, teal blue beret purchased at American Apparel and she also wore a fabulous camel cape that she bought for $30 in a vintage store in Vermont. Her outfit underneath was a simple black and white Picasso-esque striped T-shirt teamed with a black mini skirt. The weather in Paris was wet and snowy, so Bekky catered to the occasion with a functional pair of black rubber boots she scored at Canadian Tire for $12. Somehow, she managed to make the humble, practical footwear look super chic. Slung over her shoulder was a black ukulele case, decorated with a big crimson silk rose, and she was toting a colourfully embroidered knapsack that her sister Joey had brought from Peru.

Throughout our stay, Bekky continued to dazzle me with the way she put her outfits together. She’d packed so little, yet with the help of a vintage choker or pendant, or a silky scarf, or different hat, always managed to change up her looks. It was unusually cold, so I convinced my frugal daughter to purchase a cozy, teal and orange striped scarf at a little souvenir shop on the Rue de Buci for 10 Euros, and a turquoise cashmere pullover, priced at a mere 20 Euros, just to keep her neck warm. Once the snow melted, she broke down and bought a cool pair of short brown leather boots on the Rue du Four, wonderfully on sale, as everything is in Paris is each January and July. A big vintage fan, Bekky always prefers her own original finds over any hand-me-downs I try to force on her. She was looking for a vintage fur hat, and we came across the perfect one in the Marais, at Coiffeur Vintage, on Rue de Rosiers. Happily, it was faux fur, and cost only 5 Euros. Bekky must have looked like a Cossack in the new hat, because as we strolled down the Seine one afternoon, a young man actually asked her if she was Russian!

The first time I turned Bekky on to Paris, I’d taken both girls there in the sweltering heat of summer. They were angst-ridden teens, and I thought I’d lose my mind with all the complaints and bickering. Years later, I took Joey back to my favourite city for her 21st birthday, and that felt so much better. This time around, alone with Bekky, I was again cognizant of how much more satisfying it can be to have a one-on-one travel experience with your kids. And it was as though Paris was bringing out the best in Bekky: Watching her being inspired in turn inspired me. Together, we luxuriated in all the delights the city had to offer. We shopped at Charvin, the famed Paris paint store on Quai des Grands Augustin, for the pens and inks Bekky would need to busy herself at the cafes and galleries. We trekked over to Le Baron Rouge, a crowded little wine bar in the Bastille, where we sat on the floor to watch an avant-garde puppet show (Bekky is also an accomplished puppeteer.) We dined on escargots, examined the sensational Impressionist paintings at Musee d’Orsay, and attended a fashion show together. She even convinced me to ride the Metro with her, something I hadn’t done since I lived in Paris in the ‘70s. All the while, what impressed me most about my grown-up artist daughter was her natural aplomb—the ease in which she moved through Paris, and fact that she managed to look so chic doing it—despite her sometimes cavalier attitude toward fashion. I suppose the greatest lesson gleaned from Bekky on this Parisian sojourn was to take myself lightly. And in the wardrobe department, that always makes for fun and creativity. “I never wear anything I would be too upset about if I accidently got paint on,” she reasoned. “Things that precious should be framed.”