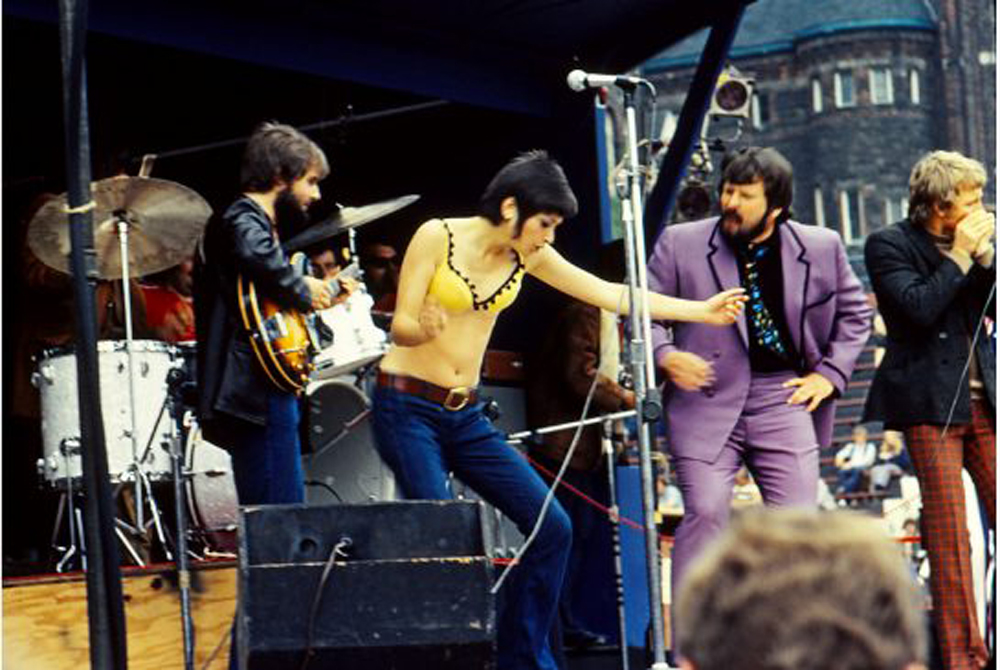 While red carpet dressing may be the stuff that dreams are made of, dressing for the prom is the next best thing for high school girls—the ultimate platform to strut one’s stuff, and make striking style statements. My prom, in the late ‘60s —held at Casa Loma—inspired me to concoct an original outfit that was both whimsically creative and memorable. I decided to dress like the ‘Jeannie’ character in the “I Dream of Jeannie” TV series. After all, I’d been nominated for Prom Queen, and my rival was a girl named “Gena”. I wanted to make sure everyone got that I was proudly “Jeannie”, and was prepared to be as theatrical as possible to make my point. So my mom designed and produced a modern ‘harem’ outfit for me, comprised of a yellow silk jumpsuit, with balloon pants, and a little black, sequin trimmed vest. I teamed the get-up with a pair of crystal sandals, and knew I was doing Barbara Eden proud, even though Gena, wearing a rather ordinary burgundy gown, was the one who was crowned.

Years later, I re-lived the excitement of prom dressing through my daughters. For one prom, Bekky decided to go the vintage route after she came upon a ‘60s chocolate brown gown with a cream satin bodice. I wondered if the 40-year-old dress might be a tad too fragile for this kind of outing. But Bekky was determined to wear it. We had the gown shortened, and Bekky teamed it with a pair of aqua Sergio Rossi strappy heels and a vintage turquoise choker. She was a vision.

Bekky took off to her date Ben’s house, to meet another four couples. They’d all rented a limo together to take them to the prom. About an hour after she left the house, Bekky called to say her zipper broke. “OH NO! What are you gonna do?” I asked, my heart sinking. “Get some safety pins I guess.” She answered. Before I could offer to help, she was gone. I’d remembered hearing about the legendary designer Elsa Schiaparelli going to a fancy society ball as a young girl in a dress she’d whipped up herself, only to have the skirt fall off in the middle of the dance floor. I reckoned my Bekky was in good company.

She called again at about 2 a.m. to tell me she was sleeping at her friend’s. Another call came at 8 a.m. Bekky and her pals had gone out for breakfast, and she was on her way home. An hour later, she walked into my bedroom, looking like the cat who’d swallowed the canary, still wearing the infamous dress, teamed with a pair of borrowed pajama bottoms. The thought of her eating breakfast at The Golden Griddle in that get-up was hilarious. She twirled around, to reveal about 25 safety pins holding the back of the dress together. “We drove to a convenience store to buy the pins, and then I had to lie on the floor of the crowded limo, while Ben pinned my dress together!” she explained, laughing madly. The image was priceless.

A couple of years later, it was Joey’s turn to express herself at her prom. I took her to designer Joeffer Caoc’s studio, where they collaborated on a beautiful blue gown. Joey enhanced her look by cutting a pair of delicate fairy wings out of metallic cloth, and gluing them to her back with spirit gum. But the real “pieces de resistance” were the beat up converse sneakers she insisted on wearing with the gown. I could only bite my tongue as I saw her leave the house, mortified, but secretly applauding her rebel spirit.

I was just lamenting the fact that I don’t have anyone to dress for proms these days when my adorable 91-year-old mom sprung something on me: She’s going to a special ‘prom’ for Holocaust Survivors at her temple in a couple of weeks, where there’ll be dinner and music and dancing. “But what am I going to wear?” she asked. I’ve promised to take her shopping for a great dress. Funny how life comes full circle.