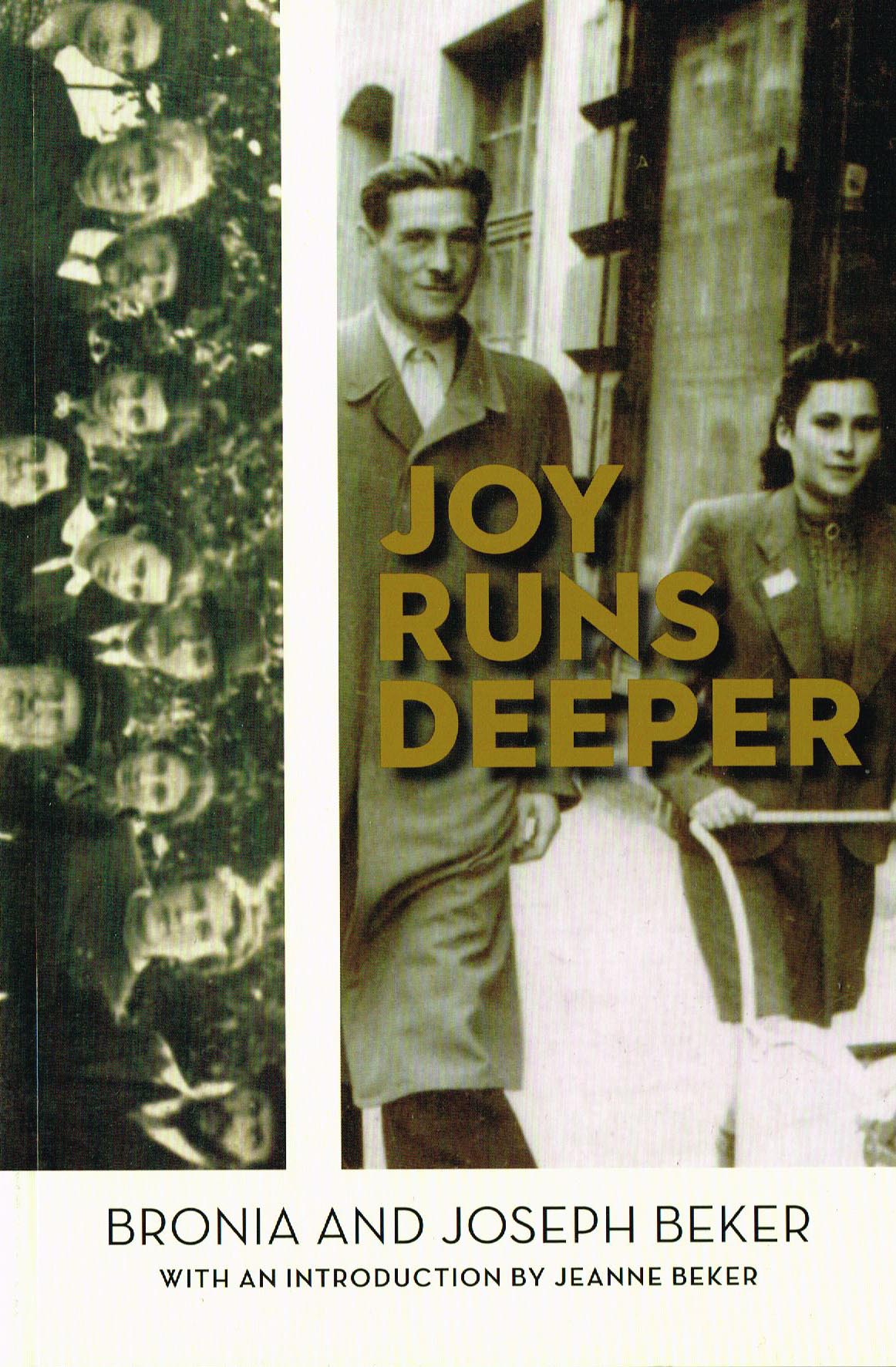 I kept asking myself, Was all my suffering worth it? Was it worth staying alive? Nobody was left – no family, no friends…. Then I remembered that I had Josio and thanked God for that. We joined hands and started walking, ready to face the future.

Bronia Rohatiner and Josio Beker grow up in the same traditional shtetl in eastern Poland, a small town filled  with eccentric characters and extended family. In 1939, that world explodes when first the Russians and then the Germans occupy their town. Joe, drafted into the Soviet army, manages to escape from a German prison; Bronia is devastated after  a tragedy in an underground bunker. Only Joe can strengthen Bronia’s will to live. Together they escape the ghetto and hide until liberation. When everything they hold dear is lost, together they build a future.

Listen below to Shelagh’s conversation with Jeanne Beker about her parents’ memoir “Joy Runs Deeper”: